I typically blog about business, hunting, and nature, but a funeral I attended yesterday has made me change things up this week. I entered the packed funeral home about 10:15 am after parking a quarter-mile down the street. Never have I seen this place so crowded, however I would soon find out that I had not been to a funeral quite like this. I often talk about how important the wake we leave is, and I can unequivocally tell you that Robert Schechter’s wake is like nothing I have ever witnessed. Over 20 people spoke and the funeral, which ran two hours, stayed packed, and I was not leaving early no matter what. I botched my next meeting and I didn’t even care, because Robert Schechter and the energy he has put into so many lives truly changed me. It made me think that perhaps I am “keeping score” in my life in a wrong way. It has made me question everything. 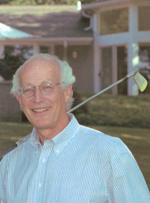 Robert Schechter was a loving, nonjudgmental, always-present grandfather, as evidenced by the many grandchildren that spoke, and the love and admiration that came out of them was incredible. Robert Schechter was an approachable, selfless, positive energy-filled friend with incredible wisdom. Each friend that spoke talked of being best friends with Robert. It soon became apparent that everyone felt like Robert Schechter’s best friend. He was a world-class husband to his wife Bluma, who meant the world to him. As a brother he was the best, and the energy and connection that his brother felt was remarkable. As a father he was a beautiful man to his children who loved him with all of their heart and soul. The people who spoke were inspired, forever changed, appreciative, and better people for having known Robert Schechter–truly changed people.

On paper it seems impossible for anyone to have accomplished the levels of relational, familial, spiritual, and even financial success of this man. After receiving a terrible diagnosis of pancreatic cancer, he was in a Jacuzzi with one of his best friends, who asked him how he was doing and how he felt about this death sentence of a diagnosis. Robert took a minute to answer him and he then said, “I have no regrets, I have lived a life that has always been full. The two happiest moments in my life are the day I married Bluma and the day that I was born.”

Think about that second statement. Robert, the stud basketball athlete of yesterday, the lovable, beautiful Robert Schechter basically said I have loved my whole life. This thought makes tears pour from my eyes and it creates such questions in my mind about what I am doing with my life sometimes, because while I live life to its fullest I certainly have not been happy every day in it, but Robert Schechter truly was.

I often write about achieving a state of predatory consciousness or getting above the ego and the noise in life so that you can think objectively. Robert Schechter didn’t need that as he was already there. This man went through life with no ego whatsoever. Massive confidence, clarity, and even certainty, but ego simply was not in the equation. There is no other possible explanation for having changed that many lives, having that good of a name, spreading that much love, living that selflessly, having that many best friends, being that happy, that content, and creating a legacy like this.

Having entered my fourth decade in life, I sometimes think about the end and I suppose it shapes some of the decisions I make. I too often catch myself trapped in ego instead of being my most authentic self, and now I realize there is an even higher level to being in the moment and without ego–a better score, and that score is the “Robert Schechter Score.” From this day forward when I check in on myself on how I’m being as a dad, as a husband, as a uncle, a friend, a partner, or a client, I will think of a whole new bar, and likely one that is just out of reach and that is to ask, “What is my Robert Schechter Score?”

RSS in technology refers to Really Simple Syndication or Rich Site Summary, and it is a content syndication feed that we use each day on the web even if we don’t realize it. That said from this day forward for me it will mean Robert Schechter Score (RSS). I have a whole lot to work on with my RSS in life, and I bet you do, too. In his last days Robert said that he had no bucket list left and then he gave the secret for how to die right, and here it goes: the key to dying right is to “LIVE.” Within that realm is the perfect RSS score of 100…